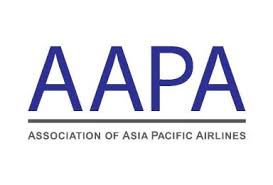 Weakness in global trade continued to hamper international air cargo markets for the region’s carriers, as reflected in the 0.7 per cent decline in demand as measured in freight tonne kilometres (FTK) for the month.  Freight load factors  remained under pressure, with the average international freight load factor registering a 2.0 percentage point decline to 59.6 per cent, after accounting for a 2.6 per cent expansion in offered freight capacity.

In aggregate, 24.5 million international passengers were carried by the region’s airlines in January, a strong 9.2 per cent increase compared to the same month last year.

Commenting on the results, Andrew Herdman, AAPA director general said: “For the region’s carriers, the continued strong growth in passenger demand was a very welcome start to the year, against a backdrop of volatile markets and an increase in global economic risks.  The usual lift in air cargo shipments seen ahead of the holiday season had been somewhat muted, as seen in the continued weakness in air cargo volumes.”